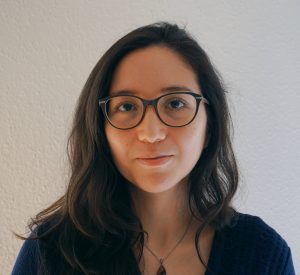 For her paper ‘Exploring the urban penalty in life expectancy during the health transition in Denmark, 1850–1910’

Catalina Torres completed her PhD in Health Sciences in 2020 from the University of Southern Denmark. Her dissertation focuses on the relationship between life expectancy and urbanization in historical populations. Catalina is a postdoctoral researcher at the French Museum of Natural History, where she is working on a project on the boom in twin births. This project is being conducted jointly with the French Institute for Demographic Studies, where Catalina is also a member of the operations team working on The Demography of COVID-19 Deaths database.

In the context of Denmark’s rapid urban population growth during the 19th century amidst deficient sanitary conditions, this study explores the changes in the country’s life expectancy from 1850 to 1910, for both the total population and the urban and rural areas. It also examines the contributions by causes of death to the changes in life expectancy in Copenhagen. In the 1890s, a new mortality regime began to take shape, marking the passage from relatively slow gains in life expectancy and fluctuating mortality to rapid and sustained improvement, especially in cities. Until the 1880s, such gains were mainly driven by mortality reductions among children aged 1–4. From the 1890s, reductions in infant mortality contributed significantly to further gains. Mortality reductions from a few (mainly infectious) diseases were responsible for most of the gains observed in Copenhagen. Although declining, the urban–rural gap in life expectancy persisted throughout the period, particularly for men.

Epidemics: A selection of articles

The Demographic Impacts of the Paris Commune, 1870–1871
Supplementary material